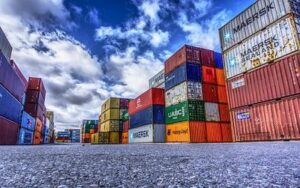 Our take on trade this week: An in-depth look at the UK-New Zealand AIP: why it’s good news for wines and spirits and might be more than it first appears.

We’ve reached AIP for a New Zealand FTA – what does that mean?

‘Agreement in principle’ (AIP) basically means the core issues have been tidied away (with general agreement on tariff removal and quotas) and we have ‘landing zones’ for the toughest areas of regulation, but some of the secondary specifics are still to be tackled, the language of the agreement is still to be tidied up and the legal scrub is still to take place, before the deal is presented to the respective parliaments.

That might take another six months, but things are moving in the right direction, and both sides are confident an agreement will be struck.

Every trade agreement tends to have winners and losers – who’s happy and who is not on New Zealand AIP?

Who won and who lost is a question that has both economic and political realities, many of which have still to be played out. But to start with, this looks a pretty good deal for WSTA’s members. There is something here for both UK exporters and importers.

Last week, WSTA’s Chief Executive Miles welcomed the Government announcement that the UK had reached AIP with New Zealand for an FTA.

Showing the value of imports, New Zealand wine supports thousands of jobs right across the supply-chain in the UK, from bottling all the way to hospitality and retail. New Zealand wine is the 6th largest wine category by value and growing and represents a UK consumer desire to drink high quality wines.

A final FTA that removes tariff barriers and makes it easier to export and import will be a win for UK business and for wine and spirit drinkers in both nations.

We look forward to seeing the final details of what has been agreed but commend both nations on this significant progress.”

Elsewhere, National Farmers Union (NFU) President, Minette Batters, was not so complimentary of the outcome of negotiations with New Zealand and the return she saw for farmers:

However, it is important to note that an FTA with New Zealand is by no means a ‘race to the bottom’ and many of the food products that New Zealand produces, in particular, their wines, are of the highest quality. This agreement will provide plenty of quality for UK consumers and the public.

So what’s happening with tariffs?

New Zealand and the UK will remove customs duties on 100% of tariff lines for originating products, in line with the agreed treatments which will be set out in respective tariff schedules. The UK will do this at a slower pace than New Zealand.

New Zealand wine will gain tariff free access from day one, however, which is something the WSTA called for, so we are happy to see no ‘tariff staging’ there.

UK Gin and wine exports will also get tariff free access to New Zealand from entry into force. Another win for wines and spirits.

The UK will eliminate tariffs on 96.7% of tariff lines on the day the FTA enters into force. (There will be some staging on dairy and meat products, amongst others.)

New Zealand will eliminate tariffs on 100% of tariff lines on the day the FTA enters into force.

What’s happening with regulatory issues for wines and spirits?

New Zealand and the UK have also committed to dealing with the regulatory issues list below as part of a Wine Annex and a Distilled Spirits Annex.

Commitments in the text related to recognising wine-making practices should further broaden the availability of New Zealand wine on the UK market, which will be good news for UK importers and hospitality who are looking for a point of difference for their portfolios.

Additionally, the annexes will make spirits lot codes mandatory and enforceable, which is an important step in brand protection and traceability, and helps to prevent the circulation of counterfeit products, as well as supporting higher quality control within the supply chain.

Finally, reports are that the UK has received commitments from New Zealand to support an application by the UK for an improved whisky definition in the joint Australia-New Zealand Food Standards code. This seems to go beyond what has been (publicly, at least) achieved with Australian partners thus far.

There is also talk of a side-letter commitment to New Zealand’s Fair-Trading Act that will further protect the use of Scotch whisky localities from misappropriation – think someone claiming to make a New Zealand ‘Lowland’ or ‘Speyside’ whiskey – that won’t be allowed.

All in all, wine and spirits have done well. Official language as to what is contained in the annexes is set out below:

Our Colleague from New Zealand Wine Growers, Philip Gregan, had this to say on the AIP’s announcement:

“This agreement is very positive for the New Zealand wine industry. We understand the agreement will mean significant progress for wine, including a wine specific annex. This will help remove technical barriers to trade and minimise burdens from certification and labelling requirements.”

Is a UK FTA with a small economy like New Zealand worth much?

Finally, alongside some industries set to face increased competition, some parties in the media have been making the point that New Zealand is a small trading partner and a long, long-way away, so why would the UK be so keen to sign an agreement with them.

Most people would recognise in terms of trade and GDP, a deal with New Zealand is not quite a gamechanger, with current trade with New Zealand accounting for just 0.2% of overall UK trade. But when is an FTA is more than an FTA?

Whilst WSTA members and hospitality are clear “winners” from a New Zealand trade agreement, and farmers might end up facing tougher competition, there is more for the UK to signing a deal with New Zealand than first meets the eye.

Firstly, when signed, this new deal with New Zealand, along with a new deal with Australia, and the previously signed Japan agreement, will provide the UK Government with a springboard to join CPTPP, a big trade-agreement between 11 Pacific nations. Having these three nations on-side will help to speed up accession to the group, which could prove fruitful to the UK in the long run. Joining CPTPP is one of the Government’s key trade goals for a ‘global Britain’ outside the EU.

Reader’s may also be familiar with the UK’s ‘Indo-Pacific’ tilt, meaning a greater focus on the pacific region economically and politically, and how Liz Truss’s early statements as Foreign Secretary suggested the UK would continue to interconnect its trade policy with wider foreign policy and security aims. The AUKUS submarine deal was an example of this, and like Australia, New Zealand is also a member of the ‘Five Eyes’ Security Alliance.

Stronger trade ties have often been a factor in creating stronger allegiances for wider political motives, and the deal with New Zealand can be viewed in this light also. Along with Australia and other partner such as Japan, the US and Canada, a strong New Zealand relationship will help to cement the UK’s interests in the Pacific region, including how the UK strategically positions itself around trade and political challenges in such a fast-growing region.

In support of Plastic Free July