SMEs hit back over Government’s proposals to overhaul alcohol taxation 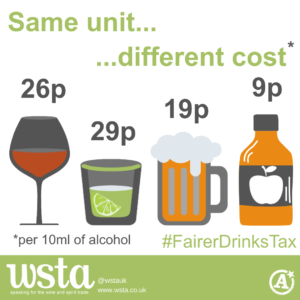 The Wine and Spirit APPG has published its SME Inquiry Report probing the consequences of the Government’s proposed reform to alcohol duty for UK SME wine and spirit businesses.

MPs heard damning evidence from 15 small and medium sized businesses who are frustrated and confused over the Treasury’s complex and costly approach to a once in a lifetime chance to make alcohol taxation simpler and fairer.

The Chancellor’s proposed changes are set to heap more misery on British businesses and consumers after the UK’s rate of inflation jumped to 5.5% and is expected to peak at over 7% in April, at the same time as a reversal of the hospitality VAT cut.

The APPG has written to Exchequer Secretary to The Treasury, Helen Whately MP, to share the findings and recommendations of the report following the closing of the consultation at the end of January.

SMEs are vital to the vibrant UK wine and spirit sector, ranging from distilleries and English and Welsh Vineyards to independent merchants, importers and fine wine brokers.

Under the current proposals, both beer and cider will continue to be taxed at significantly lower rates than wine and spirits, and the proposed Small Producers Relief scheme will only apply for products under 8.5% abv. This threshold means that vineyards and distillers are barred from accessing the scheme and its benefits, leaving wine and spirit SMEs disadvantaged and dismayed.

Hundreds of businesses and consumers have submitted their responses to the consultation making it clear that the Government’s proposed measures fail to meet its own objectives of being fairer and easier to implement.

The APPG report highlights the serious concerns from SME businesses over increases in administrative costs which threaten the financial viability of some wine and spirit companies.

The report concludes that the current policy proposals need to be revised as a matter of urgency.

“Far from being more economically rational, these proposals would embed and increase the illogical and unfair treatment of spirits and wine. Beer and cider tax remains the lowest and will not go up, but on the flip side 80% of all still wine, 95% of red wine and 100% of fortified wines. Spirit drinkers will face the highest taxes of all at 29p a unit.

In addition, levying tax by degree will require huge changes to the supply chain and major changes to IT systems – all coming on the back of the changes required when we left the EU. These proposals will result in more costly red tape and will be particularly prohibitive for SMEs. It beggars belief that a Conservative government is responding to an opportunity to do things differently post-Brexit by choosing to impose cost and burden on British businesses! And all for marginal gain to Treasury coffers.

The APPG report is an excellent gauge of British SME businesses who believe the scheme proposed by the Government is punitive and NOT fit for purpose.”

“Following the huge success of English sparkling wine, we have begun to see an exciting growth in great quality English still wines.  However, if the Government’s current proposals for wine tax go ahead this will stifle the growth of the English wine sector and be extremely prohibitive for our talented English wine makers.

The economies of scale are not there for small producers and even a 10p tax increase on a bottle of wine has a major impact on an industry which is still in its infancy compared with its European counterparts. We very much welcome the reduction in sparkling wine tax, but not the proposed effect on the increase in still wine.

We cannot understand why vineyards have been excluded from the Small Producers Relief scheme. For a small producer the most effective way of getting up and running is through cellar door sales which is an area where Government could be supporting us.”

“I don’t resent paying taxes, I just want it to be fair across the board. The stifling duty costs act as a handbrake to growth for businesses like ours. Instead of putting barriers in our way the Government should be promoting and supporting ‘Brand Britain’.

This is also incredibly unfair on consumers who should not be facing higher prices for their favourite drink, especially at time when there is increasing pressure on household budgets.” 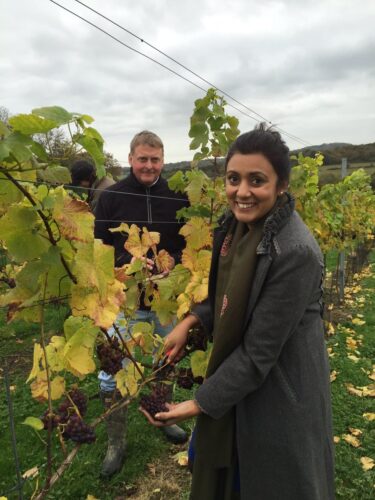 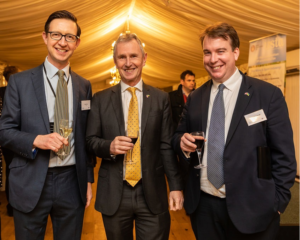