Linkedin Twitter
Menu
Sign-In
Join Us
Member Login
Join Us
Keeping glass out of DRS is a win for evidence-based policy making.

Keeping glass out of DRS is a win for evidence-based policy making. 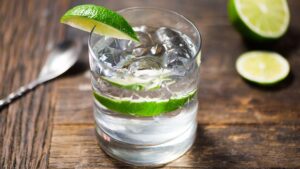 It is a pleasure to be writing about another Wine and Spirit Trade Association campaign which has successfully changed Government policy and ensured that our industry is listened to. Last week Defra announced that glass bottles will be excluded from Deposit Return Scheme (DRS) in England and Northern Ireland, avoiding unnecessary added costs and making sure we stay on track to meet recycling targets.

The decision to keep glass out of DRS for England and Northern Ireland is a win for evidence-based policy making and Defra Ministers and officials should be congratulated. The WSTA and British Glass, have long said that the UK can achieve the 90% glass collection rate without a DRS – while Wales already does! My hope now is that governments in Scotland and Wales look again at DRS and pursue the same evidence-based approach.

The evidence is clear: Wales achieved a glass capture rate of 87.3% back in 2015 using enhanced kerbside collections. It did this by standardising collections across the nation, investing in infrastructure and putting an emphasis on recycling communications. The UK will be following their world leading example via Defra’s Consistent Household Collections policy, which comes into effect soon. Importantly, enhanced kerbside collections avoid all the pitfalls of DRS by using existing infrastructure and systems as much as possible.

Our members package wines and spirits in all types of material, and we think that plastic and metal recycling rates can be improved with DRS. But glass is different. Even after introducing a DRS, the plan in Scotland is to continue recycling other glass packaging, like jam jars, via kerbside collections. This means splitting collections, creating an inefficiency before we even start!

DRS also promotes social inequality. Poorer households already struggle to recycle and requiring customers to travel to redeem deposits only exacerbates this problem, particularly for those without cars and older people. Many people will make additional journeys to redeem their deposits and retailers will need numerous daily visits by waste collections teams to empty their machines – all of this means busier roads and increased vehicular emissions, which were not considered in the Government impact assessments.

Wine and spirit businesses recognise that they, as producers, have the most control over packaging and should pay for it to be collected, recycled to encourage the circular economy. The Scottish Government has been first out of the traps with DRS, but they should now reconsider the inclusion of glass in their scheme and align with England’s policy. This would reduce the financial and environmental cost of the scheme, and reduce the burden on consumers and retailers. We are confident the 90% capture rate can be exceeded in Scotland without including glass in DRS and instead using an enhanced kerbside system. I am very concerned industry have not been left enough time to design this novel scheme in Scotland, which the industry-led Scheme Administrator is working to make operable by August 2023. But it’s unlikely retailers will have all the infrastructure in place to handle these glass bottles, and the recovering hospitality sector won’t be ready.

As well as thinking again about glass, the Scottish Government needs a realistic timetable. It is asking producers and retailers to pay for: new reverse vending machines, changes to retailer premises, transport, infrastructure, bottle labelling, a communications campaign and a Scheme Administrator to oversee it – all to introduce a scheme that isn’t needed for glass. These unnecessary costs couldn’t come at a worse time for consumers, just as inflation is surging to record levels.

A final thought: given the welcome return to evidence-based policy making, we can only hope that a similar approach prevails in the Treasury over the proposed changes to alcohol duty. The current proposals unfairly place a significant burden on the wine and spirit sector and fail to meet the Government’s own objectives of being fairer, simpler and easier to implement. If the Chancellor were prepared to listen to our industry minor changes could deliver his own aims, without burdening business – and especially SMEs – with increased complexity and costly red tape.